"Hedwig and the Angry Inch" & "To Wong Foo, Thanks for Everything, Julie Newmar"

The history of LGBT cinema is full of cult classics, campy comedies, and artsy indies that have become favorites to many both in the LGBT community and in the general population as a whole. They can be heart breaking, informative, endearing, and often times hilarious. Whatever mood you are in, LGBT cinema has a movie to match, and many of them can be found at the library.

“Hedwig and the Angry Inch” is a pseudo-musical directed by and starring James Cameron Mitchell. Hedwig is a transgender singer who is touring and following another rocker, Tommy Gnosis, who is making a name for himself by recording and performing songs that Hedwig wrote. Before meeting Tommy, Hedwig immigrates to the United States during the 1980’s after forming a relationship with an American soldier. After the soldier leaves her for a younger man, Hedwig is left destitute, taking on odd jobs such as baby sitting and other, less than savory means to survive. It is then that she meets and forms a bond with Tommy, and the two decide to make a life of writing music in hopes to one day make it big. The most prevalent theme in this move is that of love and whether there is a soulmate out there for each person, or if people have to work with others rather than be assigned a life mate. It builds on that to ponder self-love and acceptance and learning to take responsibility for one’s own destiny. Hedwig’s soundtrack is eclectic, drawing inspiration from punk rock, pop, and even country, and it’s the one thing that many people who love the movie think of when it is mentioned. Anybody who likes movies and artsy direction should find a lot to love in this movie.

“To Wong Foo, Thanks for Everything, Julie Newmar” directed by Beeban Kidron, is a cult camp classic starring Patrick Swayze as Miss Vida Boheme, Wesley Snipes as Noxeema Jackson, and John Leguizamo as Miss Chichi Rodriguez. After tying for first place as Drag Queen of the Year in New York, Vida and Noxeema come across a heartbroken Chichi, sad that she did not place in the pageant. Taking pity on her, Vida convinces Noxeema to trade in their plane tickets to Hollywood for cash and rent a car to get to their destination. They are soon pulled over by a sheriff who sexually harasses Vida and tries to rape her, only for Vida to knock him backwards, causing him to hit his head. They flee the scene only for their car to breakdown in a town called Snydersville. Not immediately realizing that the three drag queens are indeed men, the townspeople are fascinated by their visitors. The queens’ vehicle is not able to be repaired right away, so they spend their time getting to know the folks of the small hamlet, and in the process make friends who in turn accept them for who they are. “To Wong Foo” addresses prejudices against gay folk, drag queens, and even those that the drag queens have against small town people. Fearing that they will be persecuted for who they are, it is a pleasant surprise that the people of Snydersville jump to their aide when it is most needed. “To Wong Foo” is both hilarious and heartwarming, and has earned a well-deserved spot among the pantheon of iconic LGBT cinema. 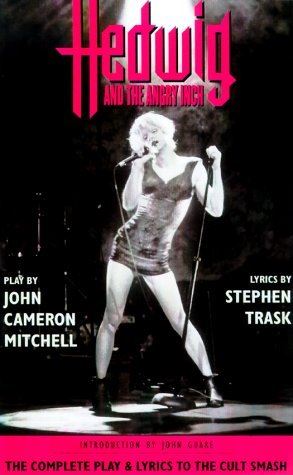 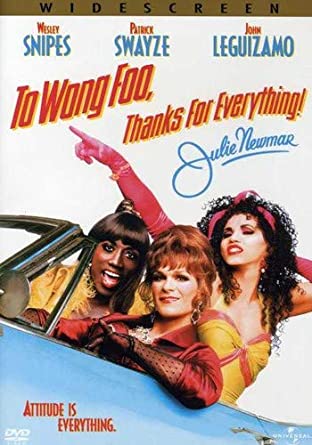