February 24 - August 12, 2018
Horgan and Graphics Gallery
Peter Hurd is renowned for his luminous egg tempera paintings, but his works on paper form another important and substantial body of work. Over the course of his career, Hurd produced finished watercolor paintings, numerous studies in preparation for larger works, and informal sketches of landscapes and people. Some of his earliest surviving watercolors date from the 1920s, and beginning in the 1930s he created pen and ink wash studies for lithographs, as well as charcoal cartoons for murals.

During his tenure as a war art correspondent in the 1940s, Hurd began painting larger, finished works with watercolor, using the medium as a portable alternative to egg tempera. After World War II, Hurd continued creating larger watercolor paintings, and continued producing sketches and studies for later works. With their fluid, informal lines and energetic brushwork, Hurd’s works on paper offer an intimate, gestural foil to his egg tempera paintings.

Drawn from the permanent collection, Peter Hurd on Paper invites viewers to explore the Roswell Museum and Art Center’s holdings of studies and finished watercolor paintings. Scheduled to be on view during the exhibition Magical and Real: Henriette Wyeth and Peter Hurd, A Retrospective, this installation is both a continuation of that show and an independent exhibition that can be enjoyed on its own. Learn more about Hurd’s working methods while exploring a range of his works. 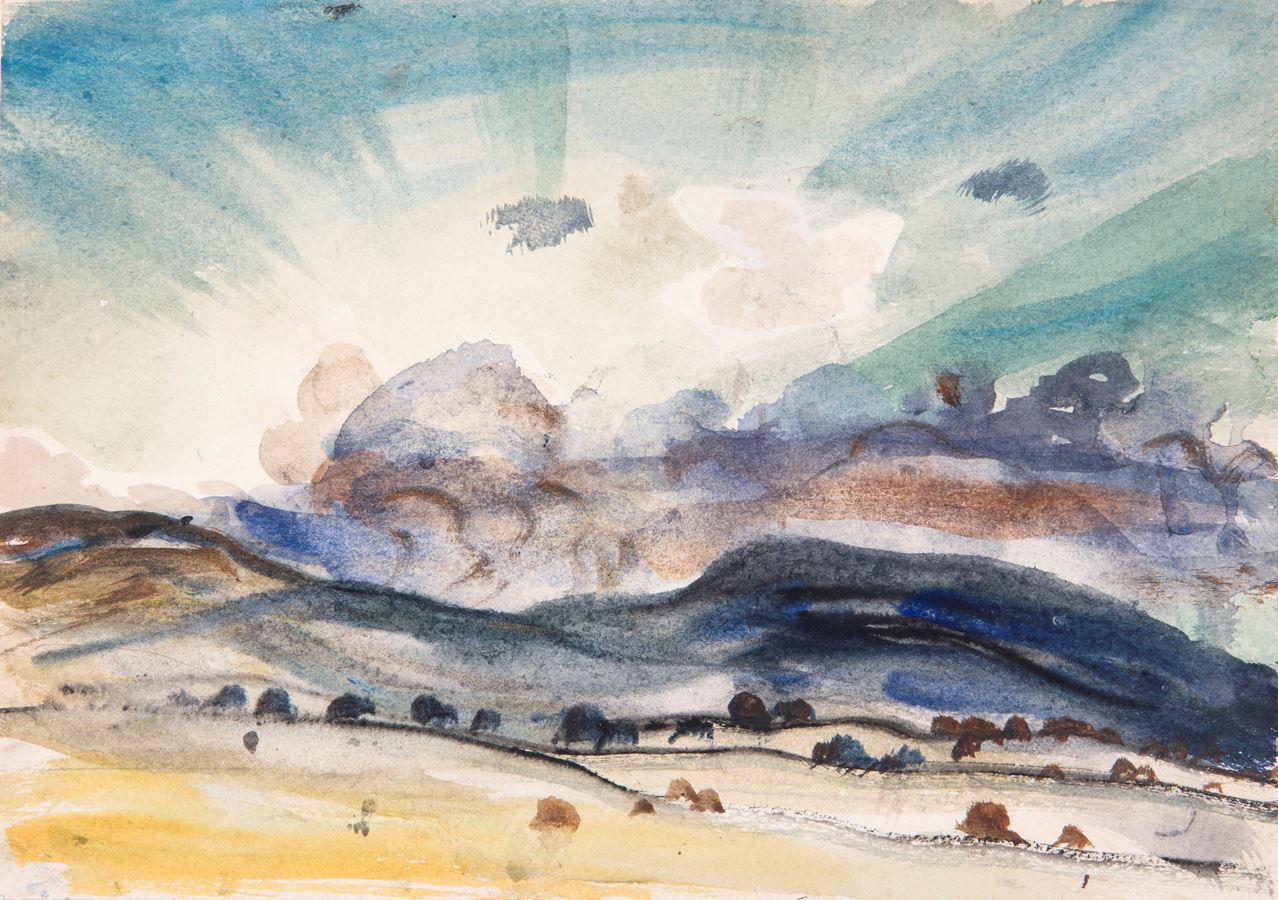