In 2016, Rodart completed the first hundred paintings from this series. Then he began planning the next stage, extending his vision into much larger works. Following his move to New Mexico, Rodart’s approach became less traditional, more graphic, and closer to a billboard than a painting.

George Rodart was exposed to the arts at a young age, and as a boy took painting classes at the Pasadena Art Museum. He initially studied physics and briefly worked in the computer industry and on the Apollo space project. He received his MFA from UCLA where he studied painting with Richard Diebenkorn. Rodart was included in the 1975 and the 1983 Whitney Biennials. In 1983 he won a Guggenheim award for painting.

For more information on the artist, please visit  www.georgerodart.com 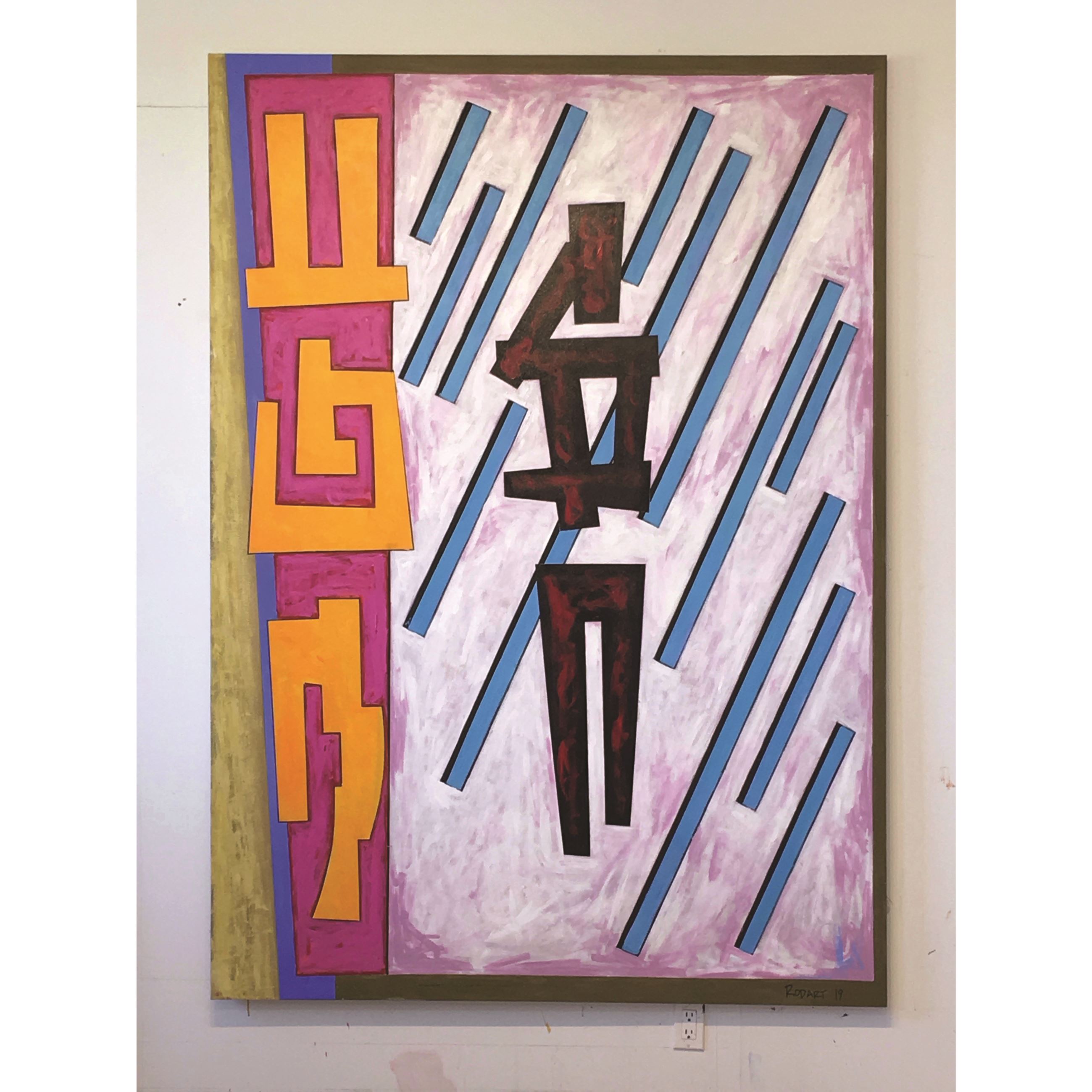