Even though it seems like only recently that gay characters have started popping up in media, gay literature has a long history. Themes of tragedy, self-acceptance, and grief are common in gay literature, and it also provides representation to those who are looking for stories about people like themselves.

In Becky Albertalli’s “Simon vs. the Homo Sapiens Agenda,” Simon juggles school work, drama club, and an active social life, like many other kids his age. He also comes from a middle class, close-knit family who would seem to accept him no matter what. Even though it seems that Simon is very privileged, he is still having a hard time coming out of the closet. In fact, the only two people who know that he’s gay are an anonymous Internet friend who he knows as Blue, and Martin, an acquaintance who happens upon an email from Blue when Simon forgets to log out of his account. Martin tells Simon that it’s no big deal that he’s gay, but he insinuates that the only way he will keep it a secret is if Simon invites him to get-togethers where Simon’s friend Abby will also be present. Simon is not thrilled with attempting to set up one of his best friends with a blackmailer, but he also wants to come out on his own terms. This book manages to evoke many of the same feelings gay people have had when deciding to come out, yet it does so in a way that keeps the reader hopeful that the book will reach a happy conclusion. It also inspires empathy. Many of the friends in Simon’s group get mad at each other and even stop talking to each other for some time, but they all make an attempt to understand each other, making it a welcome relief for those looking for a book without petty drama. 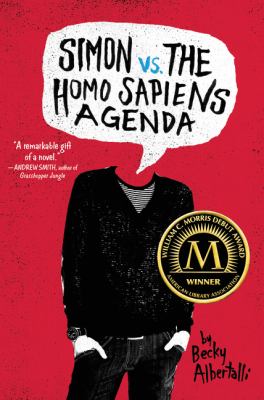