Children are delightful, and they love delightful things. Their books are usually brightly colored with cheerful stories and happy endings. What happens if your child is delightfully dark, though? Instead of a child loving stories about a boy and his dog, he revels in tales full of dark humor about how the boy’s dog died. What if a child likes reading dark stories full of ambiguously motivated characters that may not end on a happy note? The library is the perfect place to entertain these children who are more likely to relate to Wednesday Addams than to Pollyanna.
Beryl Evans’s “Charlie the Choo-Choo” seems like a cute story about a talking, old-timey steam-powered train that saved the day after a newer, faster train replaced him. The story has all the hallmarks of a traditionally moral children’s book. With themes of friendship and hard work, it works out well as a sweet story for most children, but others may be attracted to it for different reasons. It’s probably safe to assume that most children haven’t read much Stephen King, but that doesn’t mean that they don’t know who he is. On the cover of this book, Stephen King is quoted, “If I were ever to write a children’s book, it would be just like this!” As it turns out, Beryl Evans is simply a pen name for Stephen King, and though the story may seem innocent, the illustrator, Ned Dameron, did a good job at making Charlie teeter between wholesome and terrifying. He grins throughout most of the book, but the train’s Chiclet-shaped teeth and intense-looking eyes make one wonder if perhaps the train has malicious intent. Maybe the kids on the train aren’t laughing, but bawling in terror. With the popularity of apps like “Five Nights at Freddy’s,” there is sure to be some children who can appreciate “Charlie the Choo-Choo.”
“Last Laughs: Animal Epitaphs,” by J. Patrick Lewis and Jane Yolen, requires a dark sense of humor to truly enjoy. Fortunately, many children have the sense of humor required to love this book. Each page is morbidly and hilariously illustrated, matching the witty poem on the tombstones of each unfortunate animal. Both children and adults will chuckle at the cleverness of each poem. Some amount to little more than a short, matter of fact statement, like the one describing the turkey’s fate: “Tough turkey. Sorry, no leftovers.” It’s enough to get the point across, though, and those with a sense of gallows humor will have a hard time stifling a laugh. Though it may seem absurd to check a book like this out to a children at first, many children in the recommended age range, from eight to twelve, are already curious about death and find morbid things fascinating. 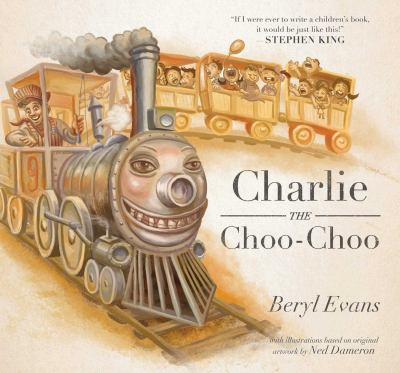 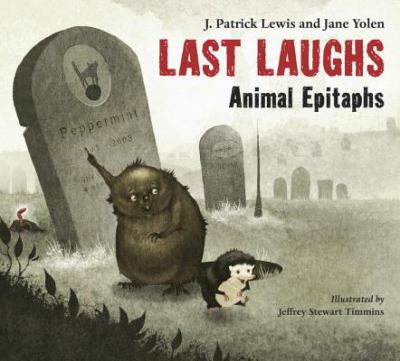