One of the most well-known and notorious biker gangs in United States history is the California-based Hell’s Angels. “Hell’s Angels: The Strange and Terrible Saga of the Outlaw Motorcycle Gangs” by Hunter S. Thompson takes a look at the history of the group and their rise to notoriety in the 60s. Thompson is most known for his gonzo journalism, a style of writing in which the writer immerses themselves into the subject and becomes a part of the story as a participant as opposed to an onlooker and that is very much on display in this book. A mix of Thompson’s humor and comical viewpoints into very serious topics adds a little bit of relief to a dark history and story of the gang.

The Hell’s Angels were not like some motorcycle groups of today who ride for charitable causes or perform community services. Although they did try at points in their history to do this, their bad reputation proceeded them. When they rose to national attention around the mid-1960s just the sight of them would cause panic to the public. Their colors were a denim jacket with the Hell’s Angels logo sewn to the back along with a brand new pair of Levis jeans. The sleeves of the denim jacket would eventually be ripped off. The vest and jeans would no longer look new. They both would soon be covered in oil, grease, and other stains that would come along the way. The filth would be a badge of honor or sign of how long they had been with the club.

Thompson began to form a friendship with the Hell’s Angels and would often participate in some of their motorcycle runs and other events that the Angels took part. These “functions” would mostly consist of riding their bikes, terrorizing the public, and drinking large amounts of alcohol. The Hell’s Angels were very wary of any type of press and viewed most reporters as undercover cops. It was with Thompson immersing himself into the culture that he gained the trust of many of the gang’s members. Thompson’s firsthand experience hanging out and riding with the Hell’s Angels gives a primary viewpoint into the legend of the group. The violence, crime, partying, and other stories that were associated with the group are verified, examined and discussed by Thompson throughout the book, taking a look into one of the most feared motorcycle gangs in United States history. 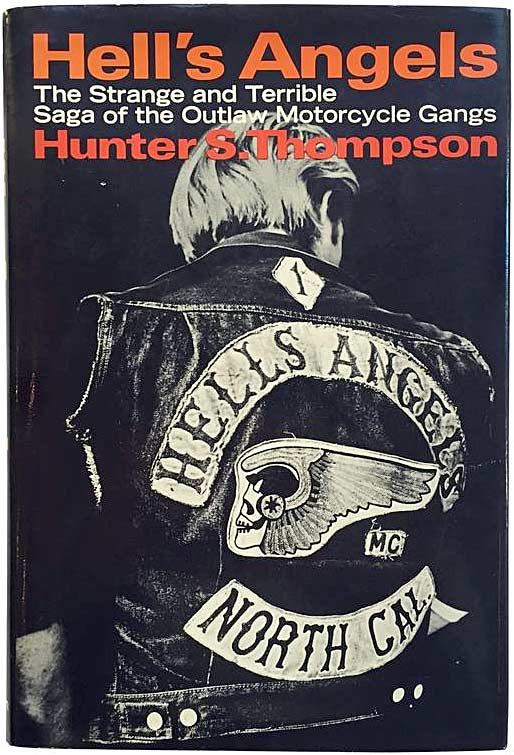