"The Great Beanie Baby Bubble" - Zac Bissonnette & "The Monopolists: Obsession, Fury, and the Scandal Behind the World's Favorite Board Game" - Mary Pilton

Beanie Babies were a whirlwind phenomenon that hasn’t been rivaled since that time in terms of fervor and staying power as a fad. But how did these little fabric bags of pellets of animals become something people thought were worth waiting hours in line for, investing thousands of dollars in and even to some, killing for? “The Great Beanie Baby Bubble” by Zac Bissonnette tracks it all the way back to the beginning starting with mogul Ty Warner’s troubled youth which leads to a troubled adulthood of wealth and greed.

Warner can’t even be fully credited with the Beanie craze, as it turns out that a couple of dealers had a hand in amping up the desirability of Beanie Babies. A factory error meant that Lovie the Lamb had been discontinued, despite being a popular seller. Buyers were angry that they could not get their hands on this wanted plush and the King brothers, a distributor in the south, decided to use the term “retired” rather than “discontinued” to change the perception to an active choice on the brands’ part, eliciting a “collect them all before it’s too late” response.

The book also goes through the eccentricity of Ty Warner’s rise to wealth and a name recognizable across the world, as well as individual stories of spec collectors that ended up losing their life savings when the bubble burst. We’re far enough away now that this is an iconic time in history and a great read about a time many of us lived through, but didn’t have the outside perspective on until now.

In “The Monopolists: Obsession, Fury and the Scandal Behind the World’s Favorite Board Game” by Mary Pilton, what seems like an innocuous childhood diversion actually turns out to have a storied and illustrious history dating as far back as the 1800s.

When a college professor tries to create an “Anti-Monopoly” board game, he is hit with a lawsuit from Parker Brothers citing that they own the term “monopoly”. As Pilton traces back its roots, however, it seems to have originated in the 1890s with Elizabeth J. Magie creating and patenting “The Landlord’s Game” in 1903. The man who had been credited with inventing the game for Parker Brothers apparently just repackaged someone else’s creation. This turns into legal battles between Ms. Magie and the college professor, which are detailed in this interesting history of a game almost all of us have played, but probably never thought about in this fashion. Both of these books are great behind-the-scenes looks at the dark side of business in the toys and games we love. 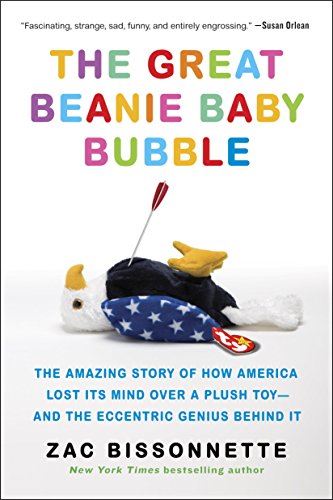 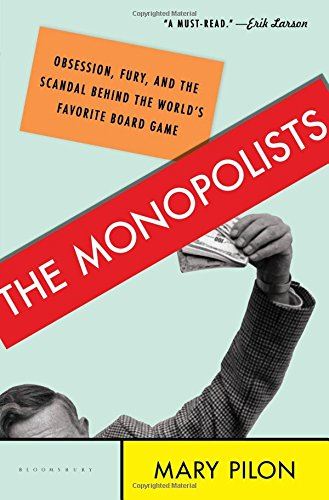