“New Mexico has been part of my life for more than sixty years. I’ve been very happy here. I miss the wild Taos of the twenties and thirties, which is what I fell in love with, and where I fell in love.”– Barbara Latham

Pictorial artist and illustrator Barbara Latham (1896-1989) was a Roswell Artist-in-Residence (RAiR) 1967-1968. Latham and her husband, fellow artist Howard Cook, helped create what became the RAiR program that continues to this day. In those foundational days of the RAiR program, long before the dedicated compound that currently exists in northeast Roswell, Latham and Cook shared Donald Anderson’s home studio. Now, the gallery named in honor of Donald Anderson at the Roswell Museum hosts a display of twenty works by Latham from the museum’s collection. In addition to our collection, Latham’s artwork is in many public collections, including those of the Dallas Museum of Fine Arts, the Harwood Museum of Art in Taos, the Metropolitan Museum of Art in New York, the National Academy of Design in New York, the New Mexico Museum of Art in Santa Fe, the Philadelphia Museum of Art, the United States Library of Congress in Washington, DC, and the Whitney Museum of American Art in New York.

As the title of this exhibition indicates, Latham was a practicing artist for her entire life. She was raised in a farmhouse by naturalists in New England and was encouraged from an early age to pursue her natural desire to draw the world around her. At the age of only eight, Latham received a scholarship to a Saturday drawing class at the Norwich Free Academy where her artistic ambitions were further encouraged. Latham’s artistic studies continued and she graduated from the Pratt Institute in Brooklyn, New York in 1919. A short time later, Latham put her honed artistic skills to commercial use to support herself financially by designing holiday card illustrations for Norcorss Publishing Company on Madison Avenue in Manhattan. During this time, Latham also produced illustrations for Forum Magazine and the New York Times Sunday Magazine.

In 1925, Latham was vacationing in Colorado and then went to Taos, New Mexico on behalf of Joseph O'Kane Foster's greeting card company to produce illustrations of life in this specific area of the southwestern United States. Enchanted by the people and landscape of the area, Latham continued to live in Taos where she married Cook in 1927. Their life together over the ensuing 53 years (Cook died in 1980) nurtured each of their artistic practices. Latham joined Cook on trips for Guggenheim fellowships he was awarded during the 1930s that likely resulted in some of the works featured in this exhibition, including Mexican Woman, Taxco Kitchen, Taxco Woman, Vincente, and Virginia Woman.

The 20 works from the Roswell Museum’s collection displayed here represent only a small amount of output by an artist who spent her entire life employing her artistic skills in documenting the people, places, and things she encountered. In addition to portraits, landscapes, and still lifes, this exhibition includes two studies Latham drew from live models as well as a few more abstract experiments by Latham that show an imaginative exploration of the gray area between the subject matters of still life, portrait, and landscape. We hope you enjoy and find inspiring this diverse display of a small segment of Barbara Latham’s artistic life work. 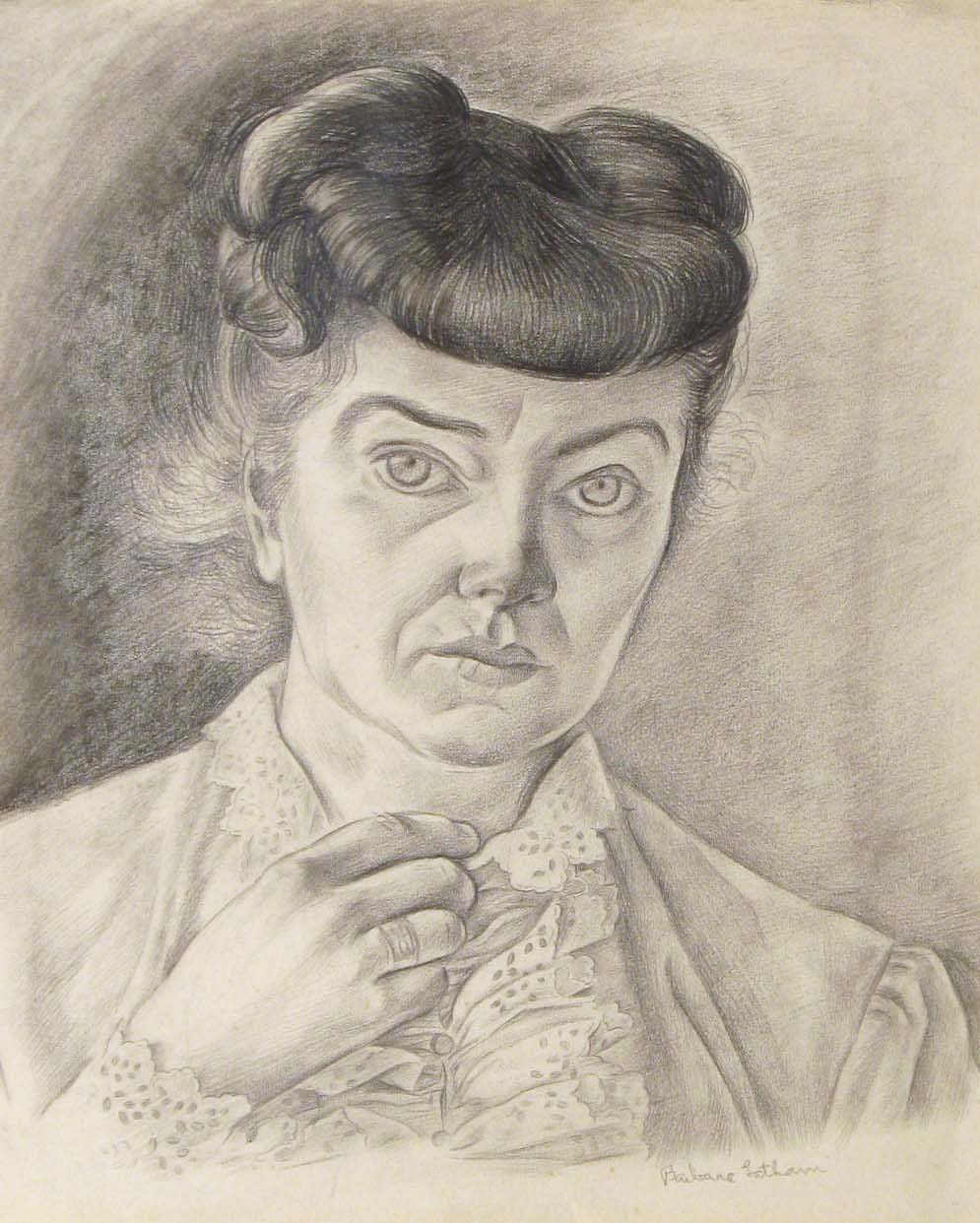 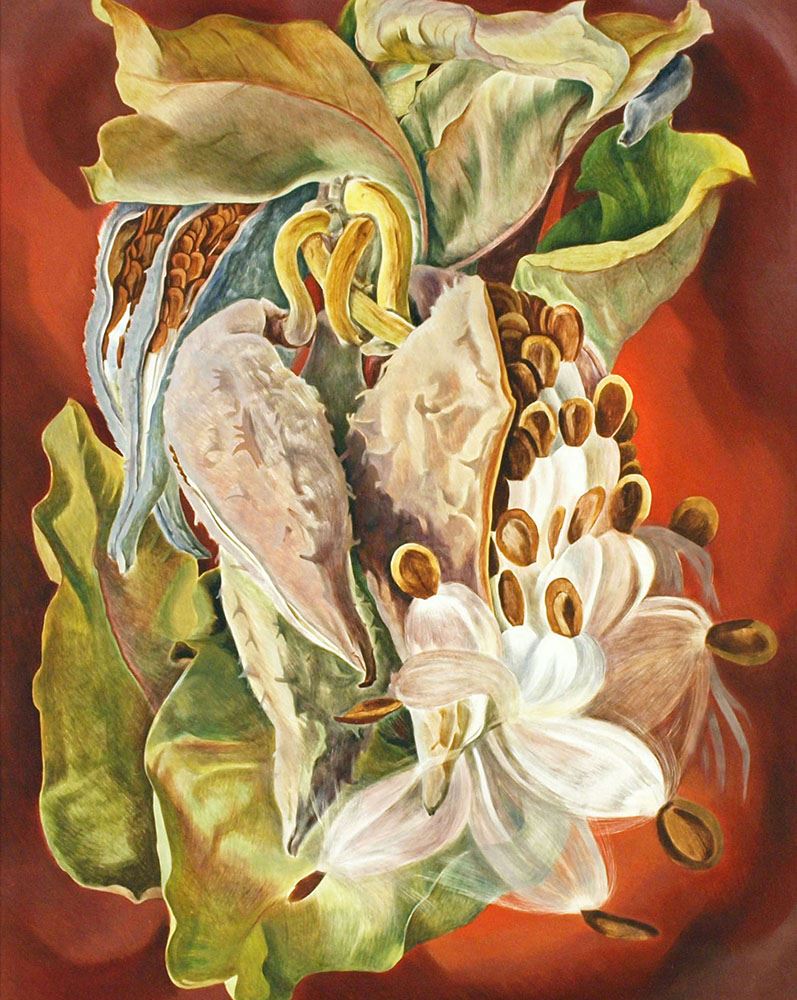