It is necessary to occasionally look back to better understand where we are now. Decades: The 1970s is a continuation of the Roswell Museum’s look at artistic output on a ten-year basis reflecting on how artists grappled with changing times. All works presented in this exhibition are from the museum’s permanent collection.

In Roswell, the 1970s were a period of uncertainty. With the closure of Walker Air Force Base in the late 1960s, economic prospects across the entire Roswell area declined. Simultaneously, the ingenuity and creativity brought about through the creation of the Roswell Artist-in-Residence (RAiR) program in 1967 (initially organized by the Roswell Museum, but now a separate, non-profit entity) engendered a significant period of artistic production in the local area. Artwork created in the 1970s entered the museum’s collection as early as 1971 and continued to be collected here to 2003. Approximately 30% of the artists displayed in this exhibition participated in the RAiR program at least once between 1967 and 2004. Through RAiR and other programs, the Roswell Museum brought a substantial influx of contemporary artists to Roswell despite dwindling financial resources throughout the entire decade. Toward the end of the 1970s, Roswell Museum staff petitioned its Board of Trustees to pursue professional accreditation with the American Association of Museums (AAM—now called the American Alliance of Museums). This move, approved by both the museum’s trustees and the AAM in 1978, provided the Roswell Museum with national recognition and ensured that it operated under the highest and most up-to-date standards for museums. The Roswell Museum’s AAM accreditation continues to this day.

The economic difficulties of the 1970s were not unique to Roswell. The United States and other industrialized countries experienced a major recession due partly to oil embargoes by OPEC (the Organization of Petroleum Exporting Countries). This and other factors led the US to experience the phenomenon of “stagflation” (where inflation and unemployment increase simultaneously) during the 1970s. With ordeals such as the rationing of gasoline with oil crises in 1973 and 1979, the myth of limitless progress was shattered and public environmental awareness increased. Photographs of the Earth from the Apollo 11 mission in 1969 also expanded environmental consciousness. The first Earth Day was celebrated in the US on April 22, 1970 and the decade also saw the passage of the National Environmental Policy Act, the Clean Air Act, and the Clean Water Act in the US Congress. Many artworks in this exhibition showcase a variety of artistic depictions of elements of our shared environment.

The 1970s catalyzed sweeping changes relating to the status of women in society. The decade showed a considerable rise in the number of women in leadership positions in governments around the world from China to Argentina to Portugal to the Central African Republic. More locally, there was a significant increase in the number of women entering the non-agrarian workforce. The 50th anniversary of the passage of the 19th Amendment to the US Constitution (which legalized the right of women to vote) was commemorated in 1970 with the Women’s Strike for Equality. Throughout the decade, second-wave feminist movements were active, including the Goddess Movement which sought to challenge religious patriarchy. The landmark US Supreme Court case Roe v. Wade legalized abortion in 1973. The Equal Rights Amendment, authored in 1923 by Alice Paul and Crystal Eastman, that sought to end inequality between men and women in the US was finally approved by Congress in 1972, but was never ratified by enough states to become law. To this day it still has not been ratified. This exhibition includes a diverse range of artistic approaches to representations of the human figure, particularly women, as well as abstractions of figures from human to spiritual.

More than 50% of the world’s population in the 1970s lived under repressive dictatorial rule. Also in this decade, the United States withdrew its military forces from Vietnam. The “Resistance War Against America” (as it is referred to in Vietnam today) raged approximately 20 years from 1955 to 1975. Before the Vietnam War ended, anti-war protests around the country intensified. Perhaps the most shocking instances of violence against anti-war protestors were the Kent State shootings in Kent, Ohio where the US National Guard killed four students and injured another nine and the Jackson State shootings in Jackson, Mississippi where police officers killed two students, both occurring in May 1970. Because of the war in Vietnam and the Watergate scandal leading to the resignation of US president Richard Nixon, trust in government significantly declined, leading to low voter turnout for elections. At the same time, the US celebrated the 200th anniversary of the Declaration of Independence in 1976. Artistic expressions of both the celebration of and criticism of American values are featured in this exhibition.

In 1979, the USSR invaded Afghanistan. August 2021 saw the United States end its war in that same country twenty years after invading in the wake of the September 11, 2001 attacks. Between the US’ war in Vietnam and the USSR’s invasion of Afghanistan, the 1970s mirror a startling parallel of contemporary world issues. Between global conflict, economic stagnation, and public division over civil rights and social norms, many of the dilemmas faced in the 1970s continue to challenge us today. Then, as now, artists’ perspectives on these issues from personal to political are unique to their own views and represent a diversity of experiences. In subject matter, style, and form the works included in Decades: The 1970s show a compelling range of approaches through which artists sought to reflect on what was happening around them. Five decades later, these artists’ works continue to invite us to reflect not only on the 1970s, but also developments since then and our own present-day life experiences. 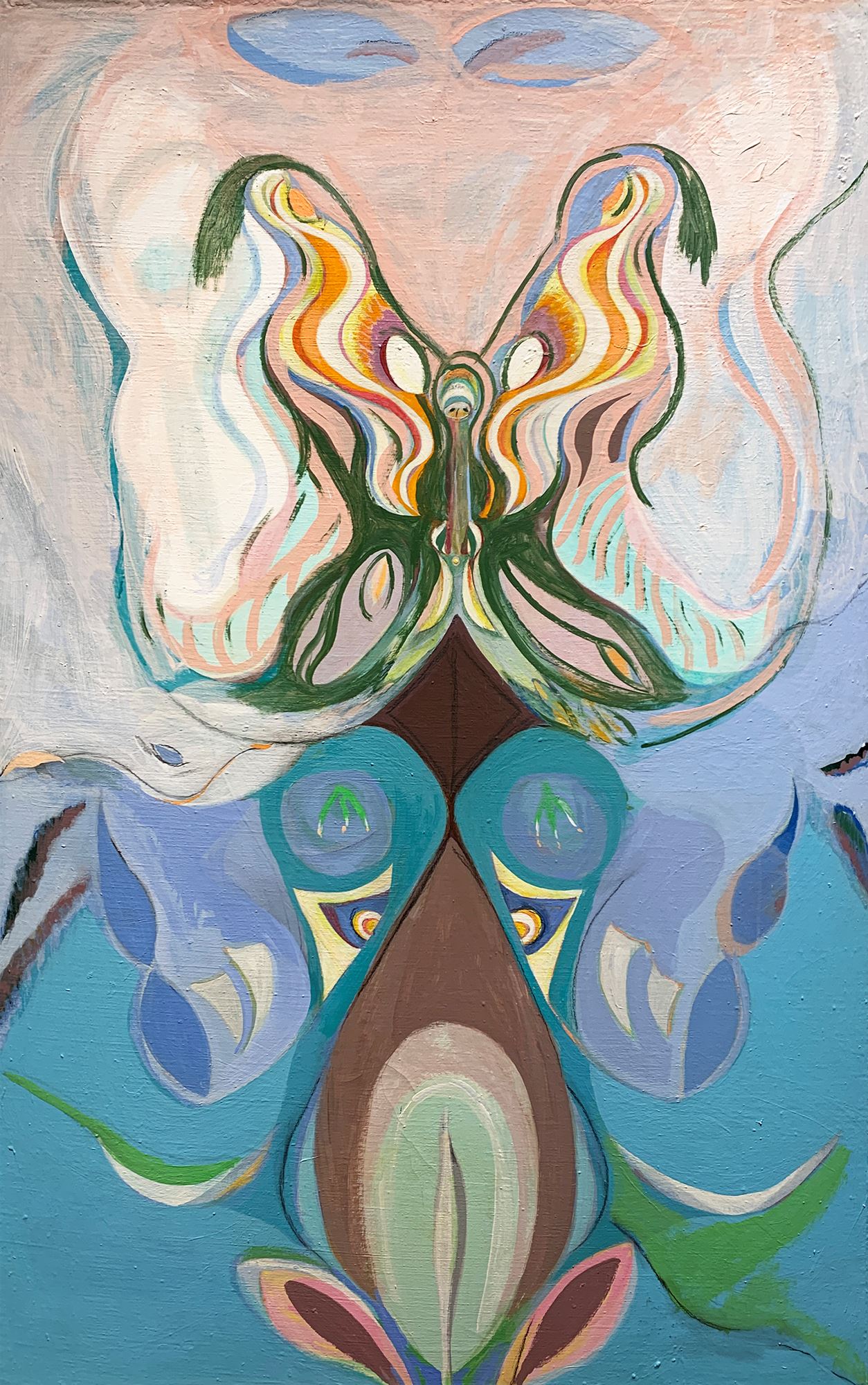