Funding for these workshops is provided by the RMAC Foundation through funds generously bequeathed by Lorene Johnson Gratton, a long-time museum member and Roswell resident, in support of learning opportunities for adults with professional artists.

Gratton received her first art training in free classes at the Roswell Museum in the 1930s. Programs like these provided the skills necessary to express herself artistically, and the inspiration to bring art into the lives of her family and friends. The Gratton Endowment supports similar access to quality art education for adults, continuing a museum tradition of making art a regular part in the lives of the citizens of Roswell. 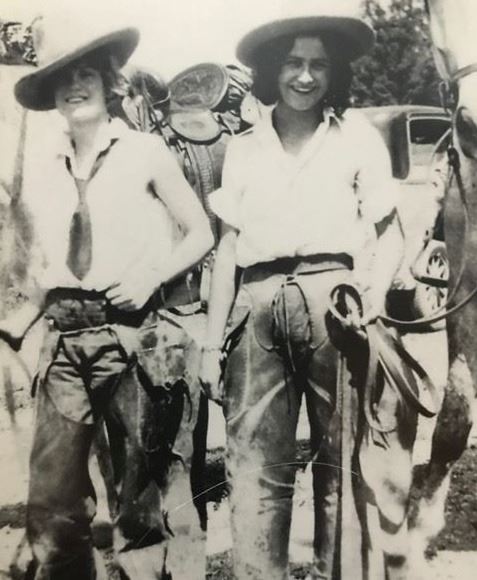 Lorene's mother Molly Wright, a Sooner farm girl, ran into a carnie named Carl Johnson in Oklahoma City and married him in 1903. He left the circus and turned to farming: a series of homesteads on the Great Plains proved agriculture was not his proper vocation. In 1912, Lorene and the State of New Mexico came into the world and the family's turn to town life in Roswell brought a measure of prosperity. In the 1930s, the Roswell Art Museum gave Lorene access to art, which, after her children and her husband Pat Gratton, she would most love.

Her first lessons were taken at the Museum. Peter Hurd's and Henriette Wyeth's regional realism, the expressionism of artists like Luis Jiménez, and the folk traditions of Hispanic New Mexicans became touchstones for what she wished to create. In life and in art, she married a vivacious spirit to a kind soul. For decades before her death in 2003, she worked in watercolor, wood, and found objects, striving to reveal that which we might not see in the things around us. At times she succeeded. Her art pieces won prizes and are deeply prized in the homes of her children.

As the grandchildren she cared for well know, Lorene believed that a creative talent might lurk in any one. An endowment at the Roswell Art Museum to train those who wanted to find out, in the place where she first learned to draw, seemed a fitting way to thank her for her generous, artistic life.