The Roswell Museum and Art Center is home to the largest public collection of works by Peter Hurd and Henriette Wyeth, painters who have both become synonymous with the landscape and culture of southeastern New Mexico. Peter Hurd (1904-1984) was raised in Roswell where his father worked a small ranch southwest of town. Much of his youth was spent astride a horse, and he was known for his equestrian abilities. Roaming the countryside as a youth on horseback earned Hurd an intimate understanding of the hills, prairies, and arroyos that configured the surrounding landscape. These experiences helped shape his artistic sensibilities and cemented his personal bond with the landscape and people of New Mexico.  Although his father hoped he would pursue a military career, Hurd ultimately chose to follow his artistic ambitions. In the 1920s, he studied personally with noted American illustrator Newell Convers Wyeth (1882-1945) in Chadds Ford, Pennsylvania. During the summers at Wyeth’s home, Hurd met his future wife, Henriette, the eldest of the Wyeth children. They were married in 1929, and moved permanently to their Sentinel Ranch in San Patricio, New Mexico a few years later.

Peter Hurd is perhaps best known for his brilliant egg tempera landscapes that evoke the immense sense of place we feel as we look into and beyond the hills that frame New Mexico’s Hondo Valley. His portraits capture the dignity and texture of the people who inhabit these hills. Peter Hurd endures as a consummate painter of the southwestern landscape—capturing its silence, clarity, and light.  Henriette Wyeth (1907-1997) was one of America’s most important still life and portrait painters, an educated realist who was influenced most profoundly by her artist father, N.C. Wyeth, who advised her to “Paint the light and air around the subject; paint the mystery.” According to friend and acclaimed author Paul Horgan, “He was her drillmaster in drawing, her mentor in general awareness, the source of the swift, pointed thought and the precise and acute vocabulary that…served her always as expressive means hardly less gifted than her painting.” In the early years of her marriage to Peter Hurd, while still living in Chadds Ford, Henriette painted marvelous “fantasy” paintings derived directly from her imagination and linked to her love of the theater, ballet, and the “artifice” of stage light with its lyricism and drama. It was first difficult for Henriette to make the shift to New Mexico when she and Peter finally moved to San Patricio in 1934, but she soon grew to love New Mexico’s light and subject matter as much as her husband, adroitly filling her canvases with apache plume, doves, wild flowers, iris, santos, and the faces of those loved and admired—including her children and villagers from San Patricio. 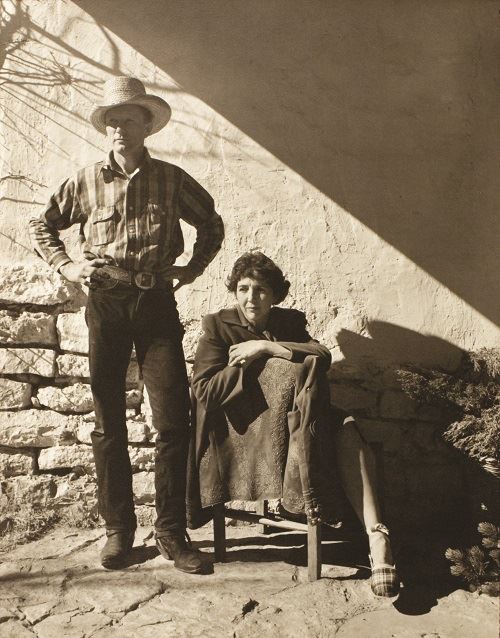 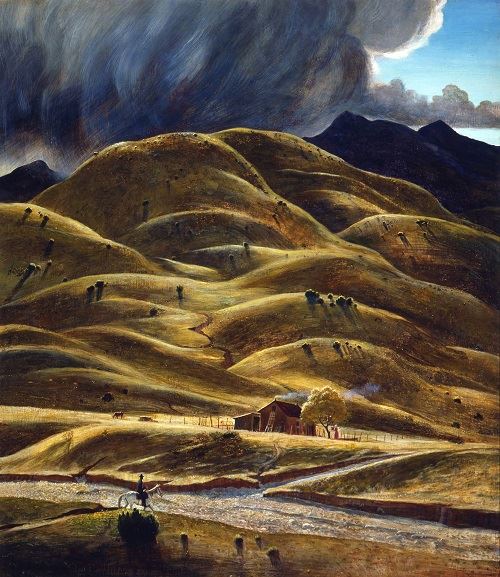 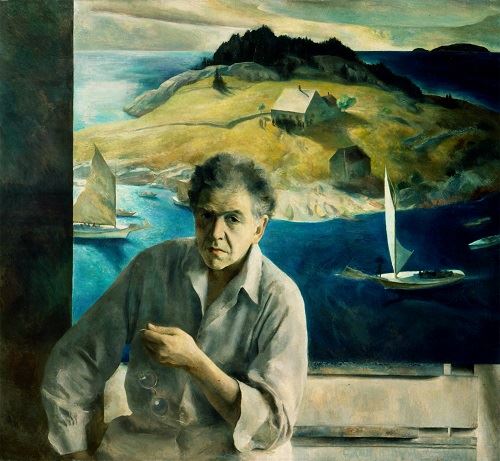 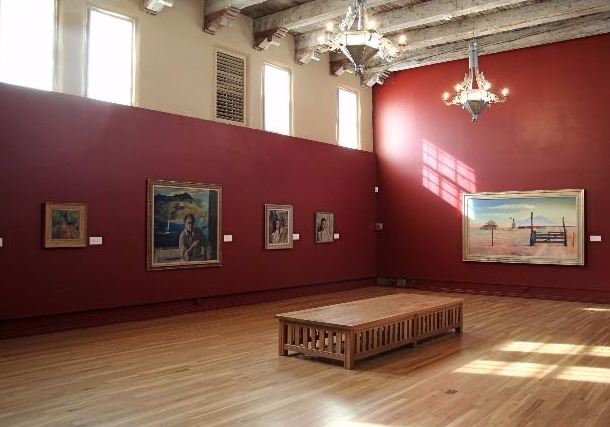 Hurd and Wyeth were both highly engaged with the Roswell Museum during their lifetimes. In honor of their involvement, the Museum’s original gallery has been named Founders Gallery and is dedicated to rotations of their work. Opened in 1937, the space retains its original Spanish Colonial Revival appearance.
Planetarium
Classes
Events
Membership
Support RMAC
Notifications