Located in Chaves County, Roswell is a growing city that is home to a thriving population of almost 50,000 residents.  Roswell is well known not only for aliens, but for their hospitality in welcoming new businesses (while supporting existing ones) and visitors alike.
The first non-indigenous or Hispanic settlers of the area around Roswell were a group of pioneers from Missouri who attempted to start a settlement 15 miles (24 km) southwest of what is now Roswell in 1865. They were forced to abandon the site, which was called Missouri Plaza, due to a lack of water. John Chisum had his famous Jingle Bob Ranch about 5 miles (8 km) from the center of Roswell, at South Spring Acres. At the time it was the largest ranch in the United States.

Van C. Smith, a businessman from Omaha, Nebraska, and his partner, Aaron Wilburn, constructed two adobe buildings in 1869 on a settlement that is now Roswell. The two buildings became the settlement's general store, post office, and sleeping quarters for paying guests. In 1871, Smith filed a claim with the federal government for the land around the buildings, and on Aug. 20, 1873, became the town's first postmaster. 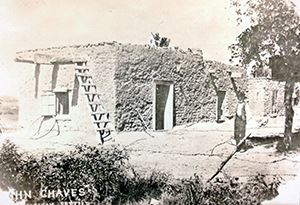 Van C. Smith was the son of Roswell Smith, a prominent lawyer in Lafayette, Indiana, and Annie Ellsworth, daughter of U.S. Patent Commissioner Henry Leavitt Ellsworth. Smith named the town after his father. 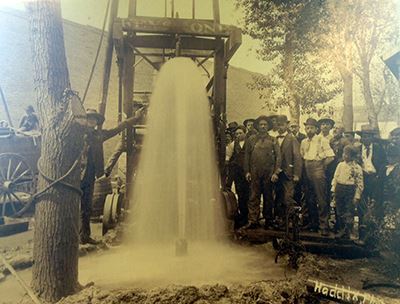 In 1877, Captain Joseph Calloway Lea and his family bought out Smith and Wilburn's claim and became the owners of most of the land of Roswell and the area surrounding it. The town was relatively quiet during the Lincoln County War (1877–1879). A major aquifer was discovered when merchant Nathan Jaffa had a well drilled in his backyard on Richardson Avenue in 1890, resulting in the area's first major growth and development spurt. On February 25, 1889, the New Mexico Legislature decided to carve out a portion of Lincoln County land to create Chaves and Eddy counties. Roswell was named the seat for Chaves County, and a railroad was built through the town in 1893.

Roswell has been the home to New Mexico Military Institute since 1891. The four-year high school and two-year junior college has been the breeding ground for many, many talented young men and women in Roswell, New Mexico, and the United States. Among its most notable graduates are Conrad Hilton, Roger Staubach, and Sam Donaldson. Will Rogers had a son who also went to NMMI, and once said that Roswell was the prettiest little town west of the Pecos. This school contributed to New Mexico becoming a state in 1912. It also holds a long history of appointing its graduates to West Point and other military academies, as well as important appointments in the nation's illustrious military forces.

In the 1930s, record-breaking aviator Charles Lindbergh and financier Harry Guggenheim chose Roswell as a location for scientist Dr. Robert H. Goddard's rocket experiments. Goddard remained in Roswell for 12 years working on the secret experiment and record-breaking rocket launches. Without those experiments, the United States would have later not won their race to the moon and begun the human race's early space exploration. After Goddard died in 1945, his widow started a series of gifts to the Roswell Museum and Art Center of her husband's rocket technology. In 1969 the Robert H. Goddard Wing was dedicated. The Roswell Rotary Club (which included Goddard was a member) has helped preserve his legacy, making Roswell the "Cradle of Space Exploration." You can enjoy this exhibit year around at the Roswell Museum.

During World War II, a prisoner-of-war camp was located in nearby Orchard Park. The German prisoners of war were used to do major infrastructure work in Roswell, such as paving the banks of the North Spring River. Some POWs used rocks of different sizes to create the outline of an iron cross among the stones covering the north bank. Later, the iron cross was covered with a thin layer of concrete. In the 1980s, a crew cleaning the river bed cleared off the concrete and revealed the outline once more. The small park just south of the cross was then known as Iron Cross Park. On November 11, 1996, the park was renamed POW/MIA Park. The park displays a piece of the Berlin Wall, presented to the city of Roswell by the German Air Force.
The 20th century kept Roswell on the map. First, the Air Force continued its experimental flight training. Second and more famously, there was the Roswell Incident. That's when a object that crashed in the area in late June or early July of 1947 was alleged to be an extraterrestrial spacecraft and its alien occupants. Since the late 1970s, the incident has been the subject of debates and a conspiracy theory regarding the classified "Mogul" program. Many UFO proponents maintain an alien craft was found and its occupants captured, and that the military attempted a cover-up. In recent times, the business community has deliberately sought out tourists interested in UFOs, science fiction, and aliens.
In 1967, Walker Air Force Base was decommissioned and the city had to reinvent itself. The former home of Walker now serves the citizens in various ways, most prominently the Roswell Air Center's service to Dallas and Phoenix. The community is also served by the Eastern New Mexico University-Roswell campus and the New Mexico Youth Guard ChalleNGe Academy. Roswell is diversifying itself as a center for the arts with an International Artist-in-Residence program, a focus on tourism, a flexible university which supports the industrial interested students, health care, as well as the new multi-media and upcoming film industry which has found New Mexico and southeast New Mexico to be friendly and welcoming hosts.

In 2012, Roswell made history and again became the center of science and adventure, when Fearless" Felix Baumgartner departed from Roswell Airport in a balloon up into the stratosphere, jumping from a world record 39,045 meters (128,100 ft) and returned safely back to Earth. Baumgartner also set the record for the highest manned balloon flight and fastest speed of a free fall at 1,342 kilometer per hour (834 mph), making him the first human to break the sound barrier outside of a vehicle.

In 2021, New Mexico Military Institute reached new heights on the gridiron by winning the National Junior College Athletic Association Division I football championship. The Broncos went 12-1 on the season, and roared out to a 31-0 lead en route to a 31-13 win over previously undefeated Iowa Western. Bronco head coach Kurt Taufa'asau was also named the NJCAA's Coach of the Year. The college is capitalizing on the championship excitement by bringing back the Wool Bowl bowl game in December.

Roswell capitalizes on its pleasant climate and as a great place to live, work and retire. 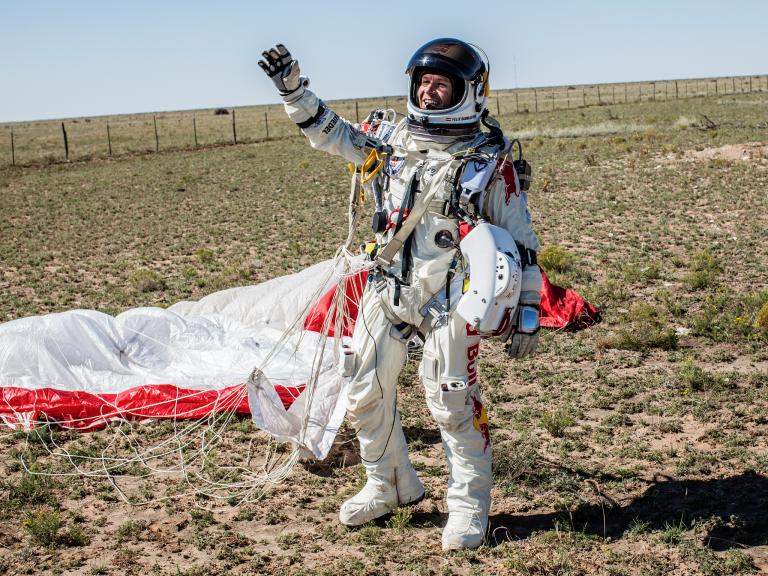