Based in Arizona, photographer David Emitt Adams explores the sense of place through his use of tintype, an early form of photography developed in the 19th century. Unlike silver gelatin and other traditional techniques that involve developing prints from a negative, a tintype is a unique work that is made by creating a direct positive on a thin sheet of metal coated with a dark lacquer or enamel. Adams has printed his photographs on cans, scrap metal, and other detritus found in the desert landscape he photographs, blurring the distinction between image and object. For his latest project, Adams has turned his attention to the oil industry that has so strongly affected the economy, history, and culture of the United States, and in particular the Southwest. Printing his tintypes on oil drum lids, these objects become both representations of specific oil fields and meditations on the oil industry, with the imperfections of the printing technique echoing the ebb and flow of the oil economy itself.

Power is an installation that explores the ongoing legacy of the oil industry. For this work, Adams will take his tintype covers and affix them to a series of empty oil drums, giving his works a tactile, physical presence. Simultaneously photographic and sculptural, this work considers not only the historical impact of the oil industry, but also its continuing significance to the economy and culture of the Southwest. 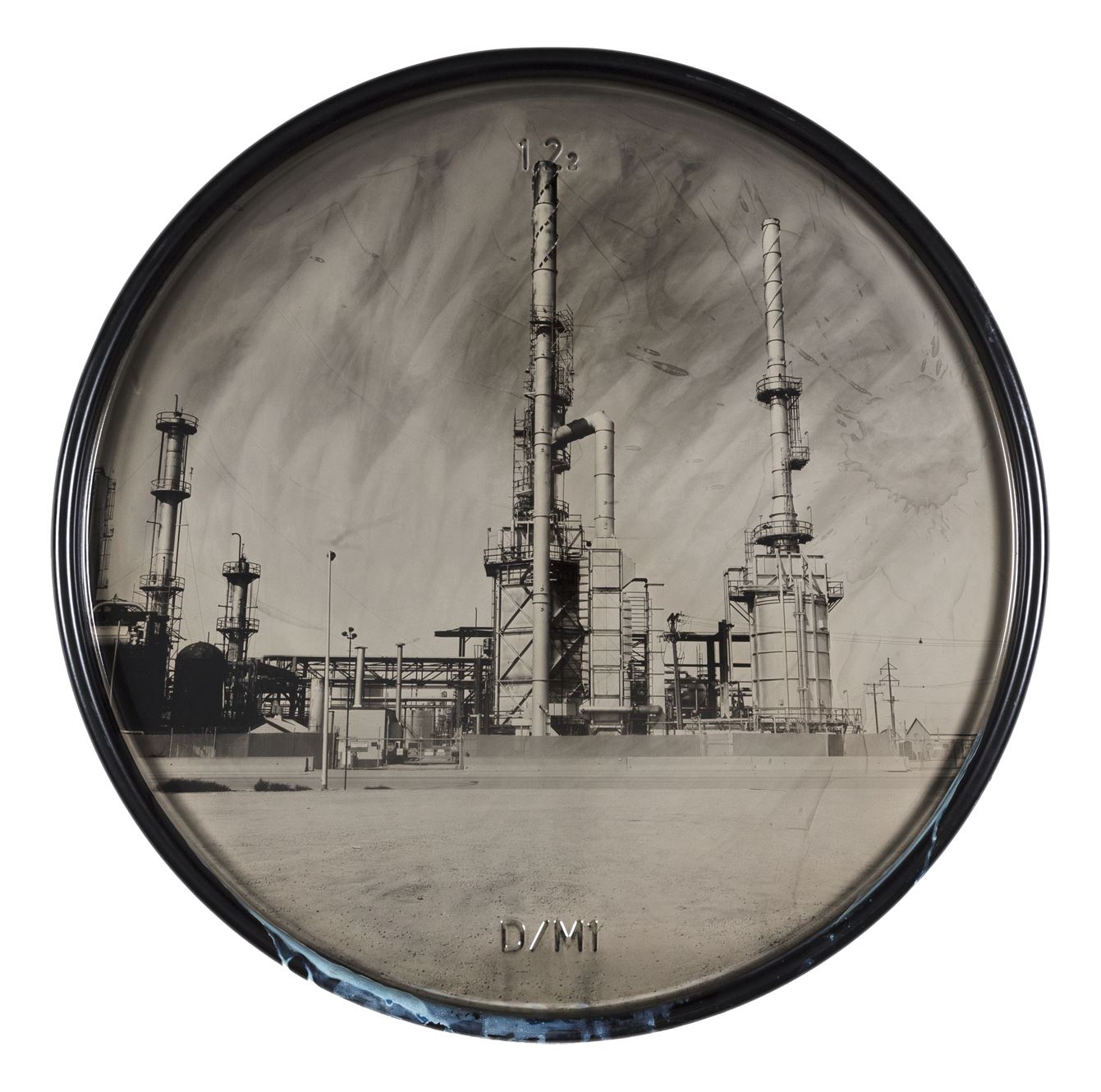